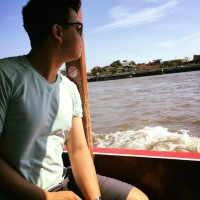 Why AirBNB is No Longer My Preferred Choice

AirBNB is a revolution in the hospitality industry. Without going into the politics of vacation rentals and how they affect...